Call Today, We Can Help
(844) 235-2768
This entry was posted in Alcohol Abuse, Treatment Admissions and tagged alcohol abuse, drinking, older Americans on August 11, 2015 by Blake Nichols. 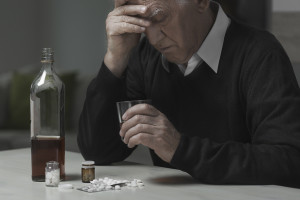 Surprisingly, researchers have determined that teenagers are not the most a- risk group for developing drinking problems. In fact a study appearing in BMJ Open found that older people who enjoy financial success are more likely to abuse alcohol than teenagers.

This is contrary to what most people think when it comes to at risk groups for alcohol misuse. Perhaps teenagers get the most attention because evidence has shown that too much alcohol at a young age can put children at risk for other, more severe addictions in the future. Throughout most children’s high school careers they are given lectures, information and warnings against consuming too much alcohol. While this type of attention and care is likely beneficial for young people, it seems that more focus needs to also be placed on older adults.

“Or findings suggest that harmful drinking in later life is more prevalent among people who exhibit a lifestyle associated with affluence and with a ‘successful’ ageing process. Harmful drinking may then be a hidden health and social problem in otherwise successful older people. Consequently, and based on our results, we recommend the explicit incorporation of alcohol drinking levels and patterns into the successful ageing paradigm,” explained Jose Iparraguirre, the lead author of the study.

While the focus remains on the children, many older people are slipping through the cracks. Researchers determined that middle-aged adults who are financially stable are more likely to frequently consume more than two drinks in a sitting, oftentimes at home. Additionally, meetings and social gatherings often include alcohol.

The healthcare community is especially affected by later in life alcohol abuse because of the costs associated with treating those suffering from problems associated with the behavior. Researchers warn that in order to curb the amount of older adults who consume too much alcohol, family members and primary care practitioners need to spot the warning signs that someone may be struggling with alcohol. Early intervention could be most important factor in preventing long term alcohol-related health risks.